Beacon High in The Press

The Excluded campaign: 1,000 pupils and a game changing shift in tackling exclusions

The damage to life chances of students barred by heads is well known. David Cohen reports on how our £1.2m initiative will benefit pupils in eight London schools

For these eight pioneering schools, situated in deprived areas across London and with cohorts that include significant numbers of disruptive students, the challenge of how to tackle behaviour has always been immense.

But the realisation that punitive methods seldom work has led them to explore a trauma-informed approach of creating on-site inclusion units to nurture and reintegrate — rather than expel — disengaged students.

All they lacked for their vision was financial muscle. Until now. Following the Evening Standard’s Excluded initiative, each of the eight schools featured below have been given a grant of up to £150,000, payable over three years, to create and staff their own on-site inclusions unit. They are calling it “a paradigm shift” and “a game changer”.

All eight say that the need for targeted support for vulnerable pupils as a result of the Covid-19 pandemic has never been greater.

Collectively they expect to transform the trajectory of more than 1,000 students over three years who would otherwise be at risk of exclusion. That’s 1,000 fewer children at risk of being groomed by gangs while sitting at home or at the gates of alternative provision pupil referral units.

Launched in January with £1 million, funded equally by John Lyon’s Charity and tech philanthropist Martin Moshal, our fund attracted an unexpectedly high number of applications from 56 secondary schools. To be eligible, each school had to have higher exclusion rates than the national average — 10 per cent for fixed period exclusions (FPE) or 0.2 per cent for permanent exclusions (PE) — and had to be committed to reducing exclusions to a minimum.

Eleven schools were visited by JLC and The London Community Foundation, which managed the Moshal funds.

Of the schools evaluated by our panel, eight were invited to join our pilot programme, with the two funders each increasing their contributions by £100,000 — to £1.2 million in aggregate — to fully fund all eight.

For inspiration, some of the schools visited Dunraven High in Lambeth or Kensington Aldridge Academy below Grenfell Tower, whose inclusion units we profiled in the Standard, but each of the eight has developed their own approach.

Five schools start their inclusion units this term with three delayed to January because of Covid.

Can they succeed? With permanent exclusions in England up 60 per cent in five years and just one per cent of PRU pupils achieving good passes in GCSE English and maths — and a cost to the taxpayer of £20,000 per pupil— the eyes of the education sector are on them. 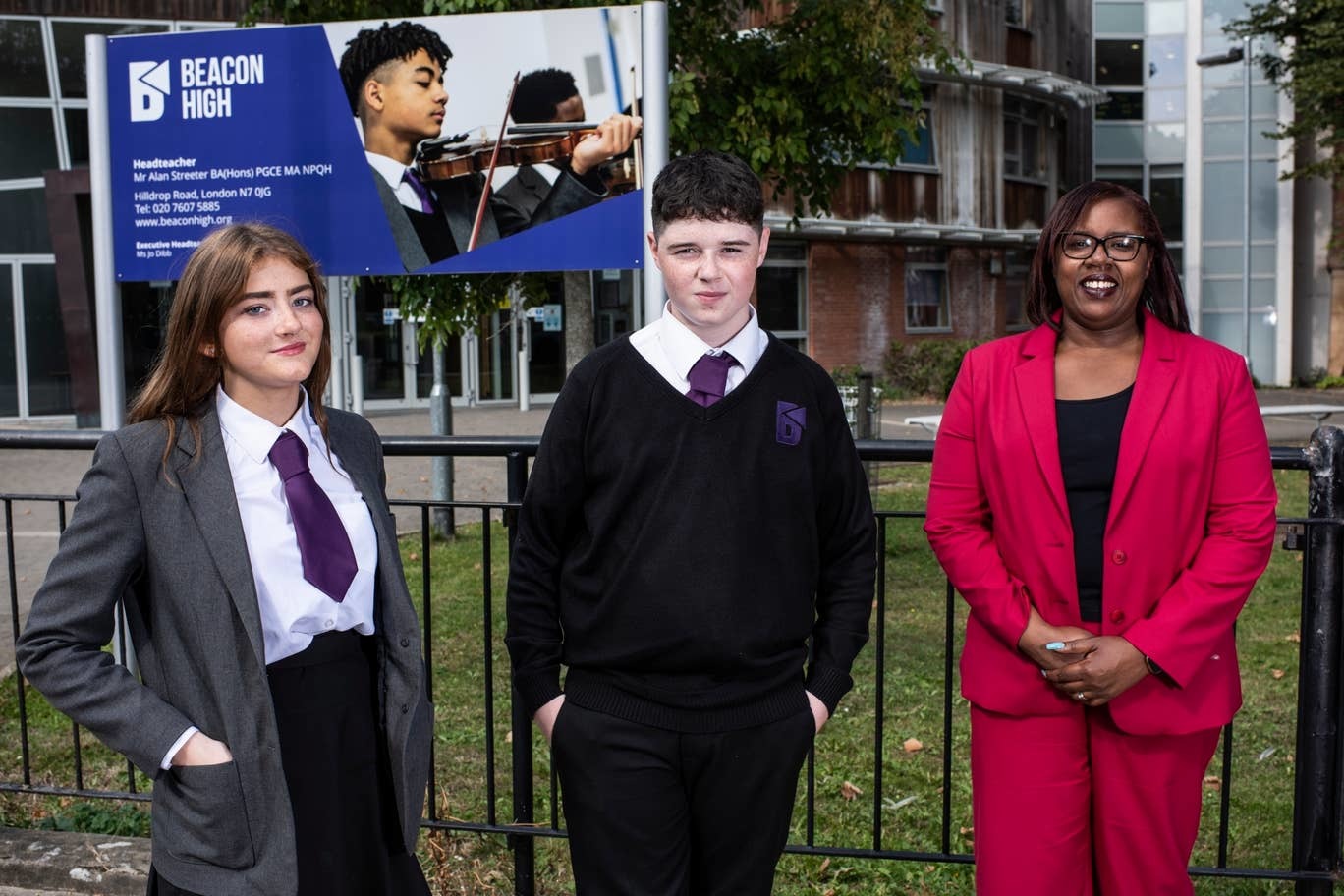 In 2018-19 this school had one of the lowest attainment and highest exclusion rates in London — with 177 fixed period exclusions, six permanent exclusions and 11 referrals to alternative provision. New head Alan Streeter gave it a new uniform, ethos and name — with Holloway School reopening as Beacon High in 2018-19.

They will use the Standard grant to start an on-site unit called Pathways. Its 12-week programme will provide academic and therapeutic support for up to 12 children a term at risk of permanent exclusion. Deputy head Andrea MacDonald said: “We have switched from punitive sanctions to a trauma-informed approach.

“Our aim is to halve fixed period exclusions and reduce permanent exclusions to zero over time. We want children who start at Beacon High to finish at Beacon High. This is a paradigm shift.”

Our Headteacher, Alan Streeter, and alumni, Samira, presented her point of view regarding the exams process for 2020 on Newsnight on 10th August 2020. 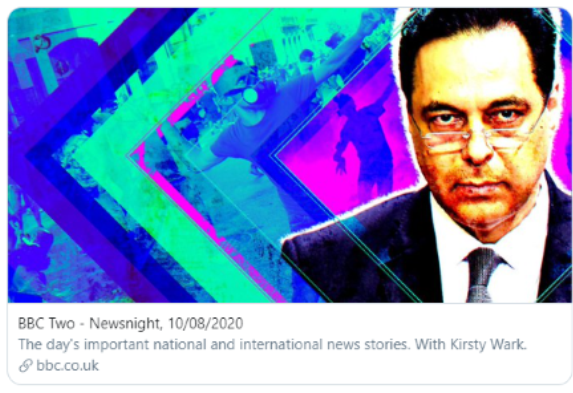 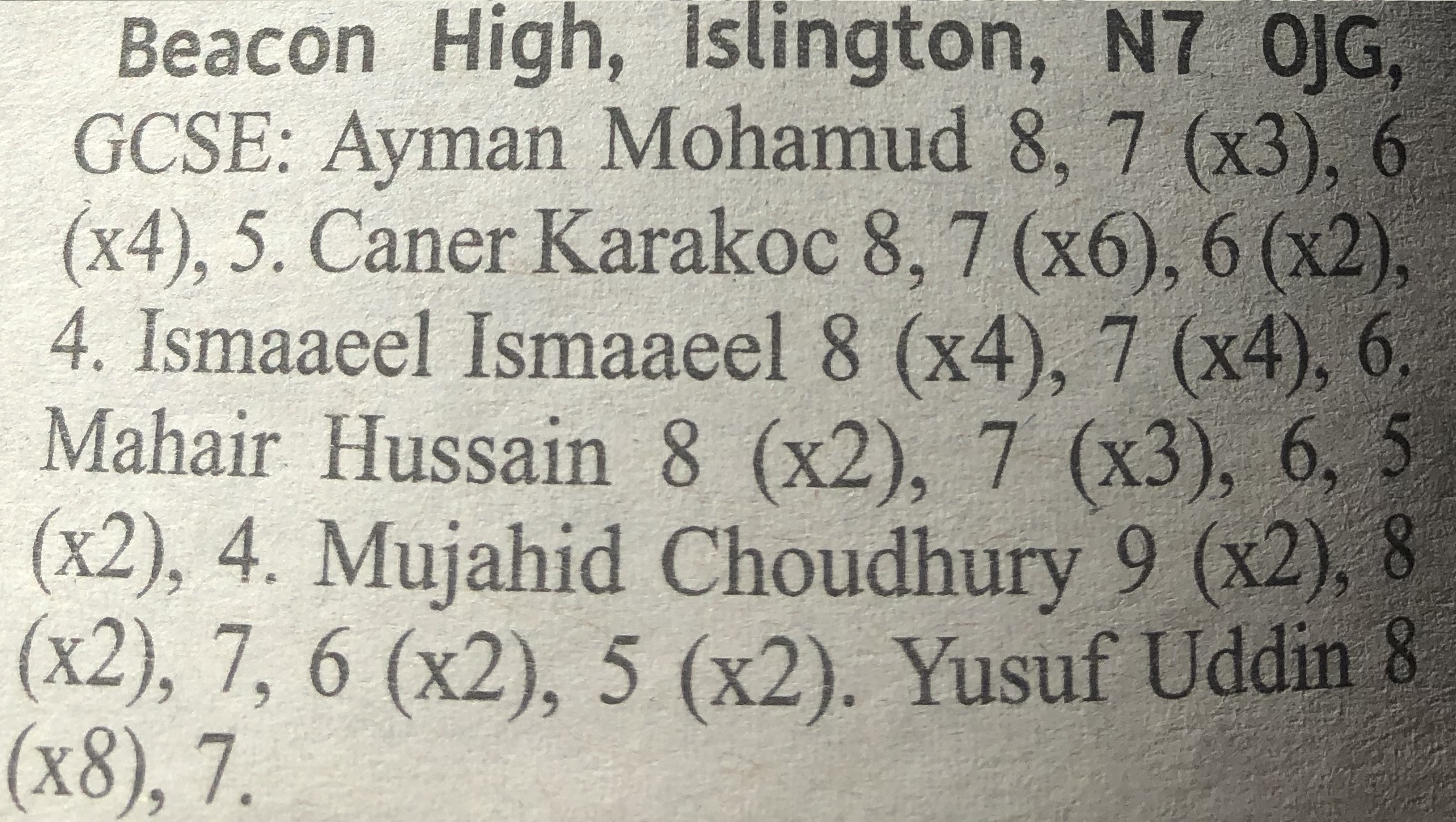